Back from the Games Day 2013 in Italy, i'll try to write a few words about the event and what happened. But before that i want to thank my friend Max Richiero (Amon Chakai) for his great sense of hospitality and all the rest. So... thanks man! And sorry for the french rap in the car on the road to Modena :D .

In fact many things have been already said lately on the legiopictorum forum (thanks google translate!), on Skullsmini or on Facebook about the expo, the place, the few people, the price of the tickets, the judges... and so on. I wont repeat what has been already said.

I decided to go to Modena this summer and had no clue of what i would like to paint for it. I dont like most of the new GW stuff, except the plastic wraithguards. So painting one would make my first entry (40k single). As i started my projects at the end of august, i couldnt plan to paint monsters or big stuff like that. I decided to focus on little singles, with relatively simple modifications to spare time. My two other entries would be a skeleton standard bearer (Whb single) and an Eowyn (Lotr).

On the painting side i sticked to my usual style, without trying to paint huge freehands or crazy colors (italians are the best for that anyways). But focusing on a clean result with smooth transitions and the lights at the right places. That means, in a way and compared to other styles, that my pieces can look "simple".

Let's start with the piece i spent the most time on, the wraithguard. Most of the "out of the box" positions are really static and i wanted more dynamism. So i repositioned the legs, the arms and resculpted what needed to be. The sword & the tyrannid head also recieved some minor changes. My desire was also to give him some life, thats why i represented him as a hunter in the jungle, looking for war trophies. About the painting i always loved the Ulthwé color sheme. Another point is, knowing a bit about GW recent marketing strategy, it's often better to paint something that respects a minimum the fluff. Another detail, the plants from the base come from here : Minisocles . A great store with great products. But enough talking, here are the pics of what took the Silver Demon in the 40k single category : 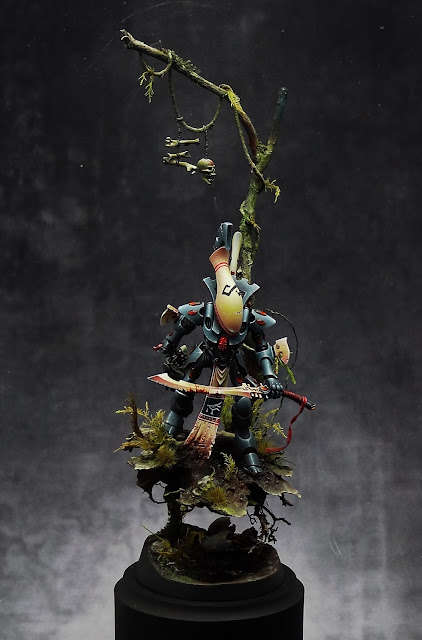 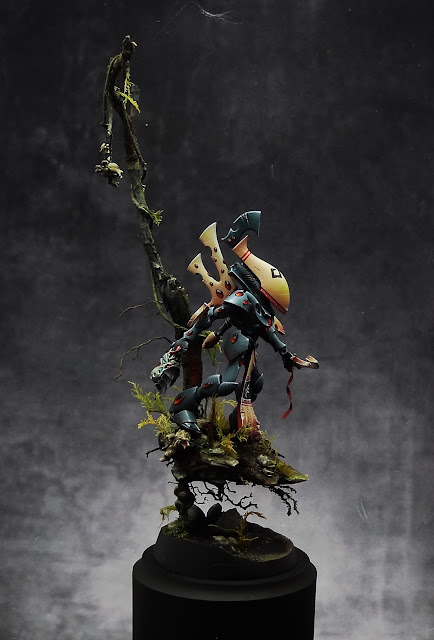 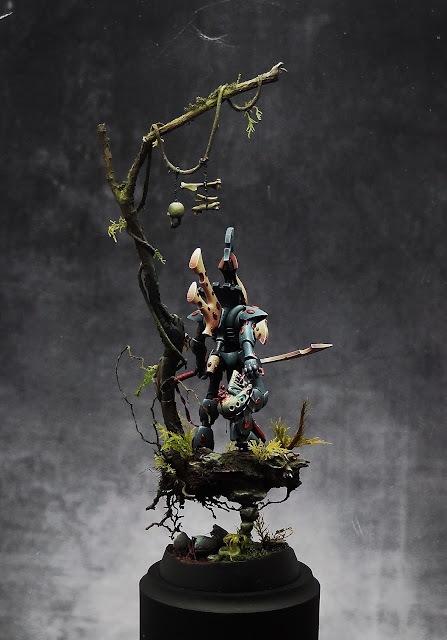 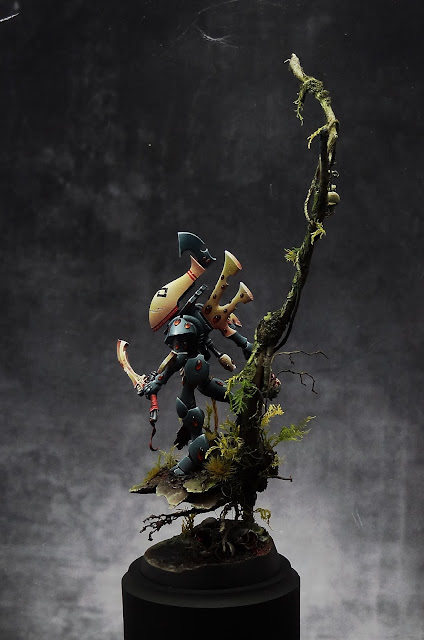 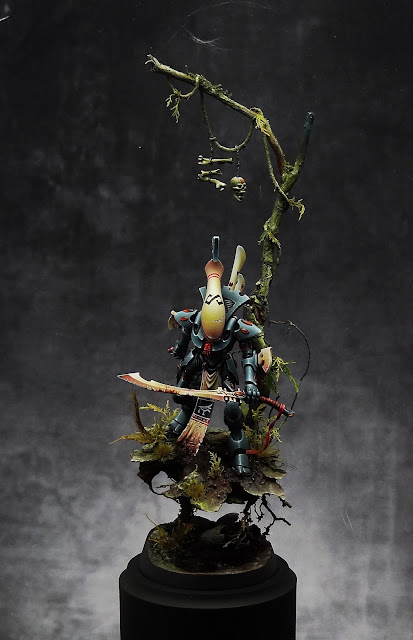 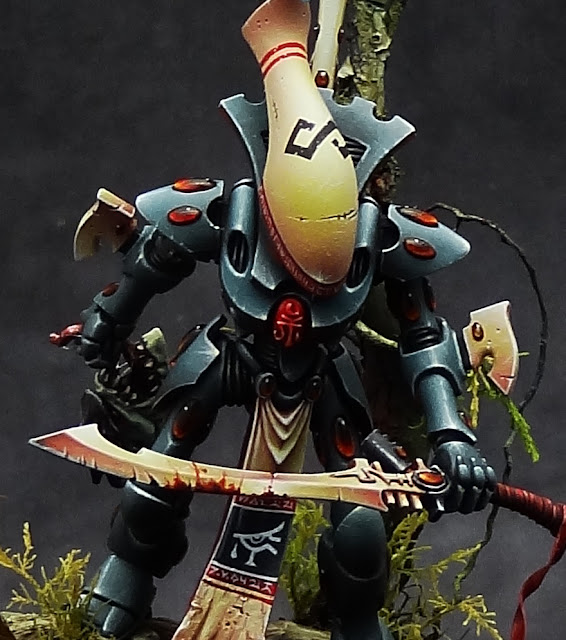 Now my second entry, the tiny Eowyn. I wanted to enter something in the Lotr category simply because it's very tiny, so it's very fast to paint. I always liked the movies and her fight against the witch king. I tried to stick to the real color sheme, as it is on screen. Luckily for me it took the Golden Demon : 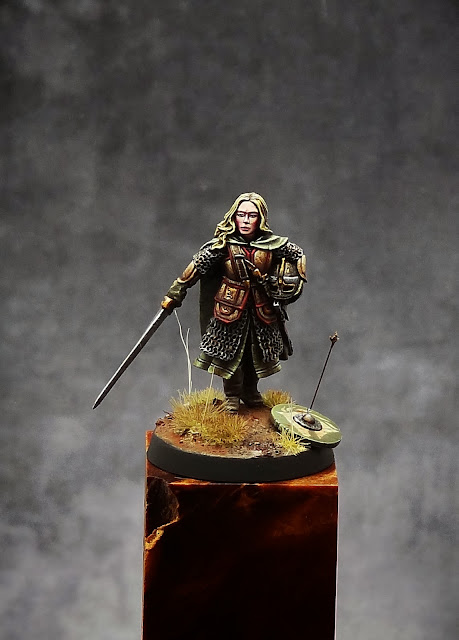 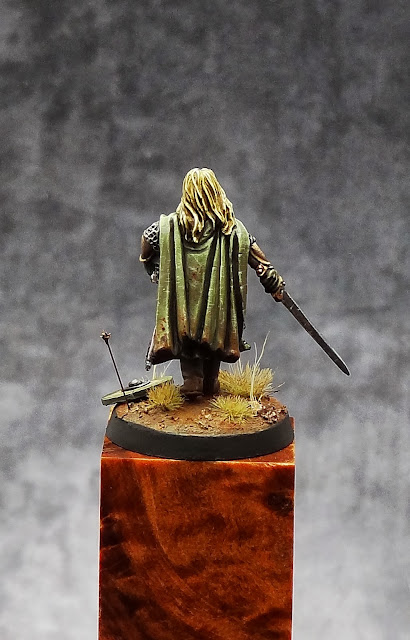 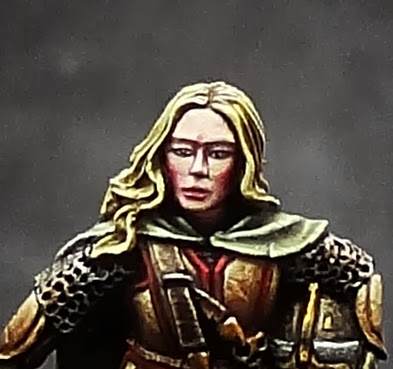 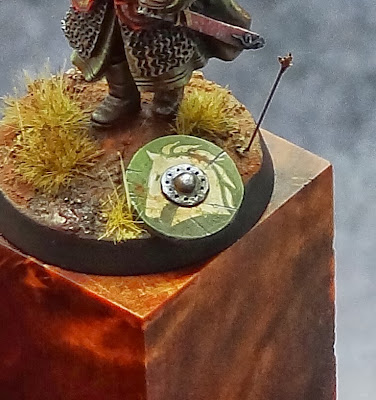 Now let's give some words about the skeleton that took the Gold in Whb single and the Slayer Sword!!! I've read a lot about it the last two days, positive & negative things, depending the forums and the topics. Some people already gave him a name that i will keep, "the ugly little skeleton". But no, i wont feed these discussions anymore. Sorry my friends, the popcorn time wont happen here :D .

So yes, it's based on a plastic skeleton warrior. I added more changes on it that most people might think and if you know the plastic skeleton sprues you'll notice it. It's very tiny, and even if it's a skeleton i wanted to give him some life & a strong face. I also worked on the atmosphere, even if the base is quite simple. I wanted people looking at him imagine an army of skeletons raising behind him facing the cold wind, while he shouts his commands before the fight. As for my two other entries i remained sober in my color choices & in the paint style as you can see : 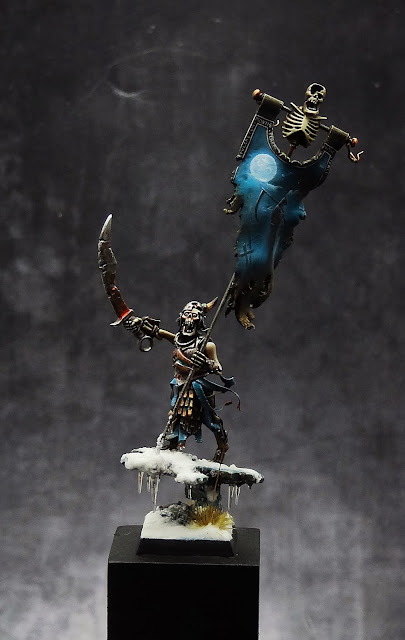 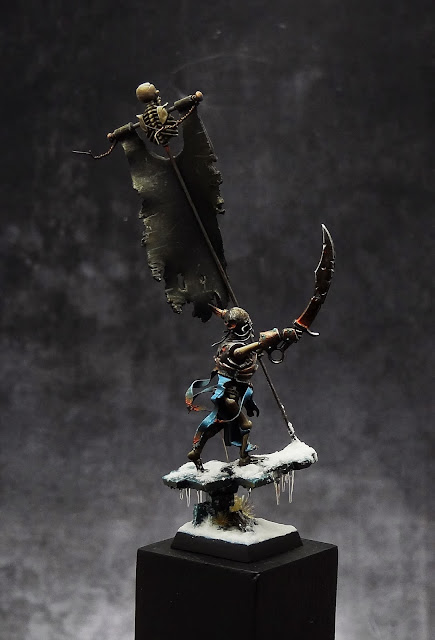 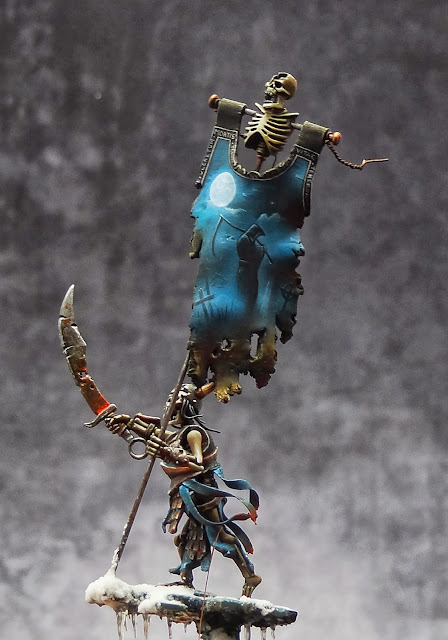 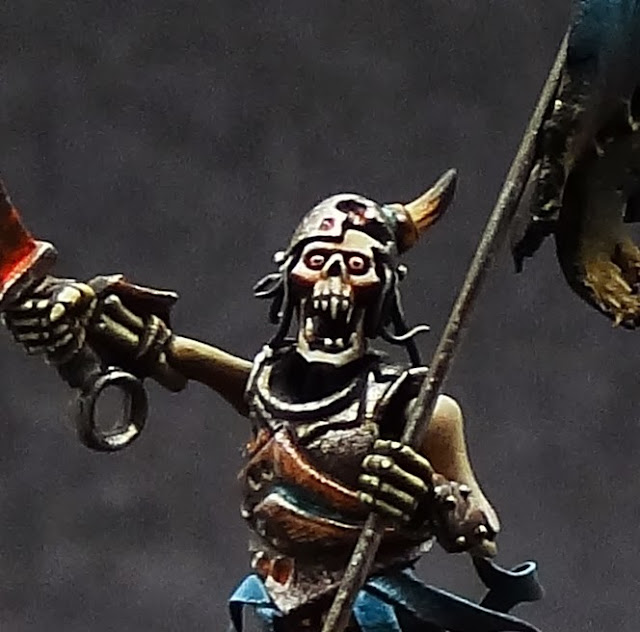 I want to say three more things. First a special thanks to my french friends i spent the day with, it woulnt have been the same without you, at all! I sincerely hope you'll catch some demons and even more in the future! Second, thanks to Francesco Farabi and another italian finalist i sadly dont remember the name (sorry :() for the very kind words after the ceremony. To finish and obviously, congrats to all the participants!

Thats all folks, my daughter is screaming! :)